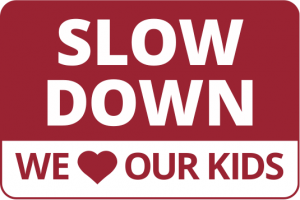 Speeding endangers not only the life of the speeder, but all people on the road around them. Proactive law enforcement and education is a primary weapon in curbing this deadly behavior. The Port Jervis City Police Department will be joining the Governor’s Traffic Safety Committee and law enforcement agencies across the New York State to participate in Speed Awareness Week, a high-visibility enforcement campaign aimed at reducing the incident of speed related crashes.

As of July 1, 2019, crashes resulting in property damage have increased in the City of Port Jervis by 29.5% while crashes involving personal injury have increased by 21% as compared to the same time period in 2018. The maximum posted speed limit in the City of Port Jervis is 30 miles per hour while school zones located on East Main Street, Kingston Avenue and Hamilton Street are posted at 20 miles per hour during school hours. With narrow side streets, densely populated neighborhood, City parks, playgrounds, schools and high volumes of traffic, police urge residents to be drive under the speed limit and with due care at a speed that is safe for the conditions of our neighborhoods.

The City of Port Jervis will be utilizing grant funding provided by the Governor’s Traffic Safety Committee’s Police Traffic Services Grant to schedule additional officers to target City streets during specific times of the day where crash volumes have increased.

Slow down, be alert and let’s do our part to reduce speed and traffic crashes in or beautiful city!

SANTA CLAUS IS COMING TO TOWN!