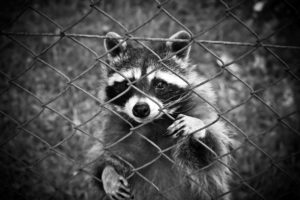 Hi, welcome to the Animal Control page of the website.  We hope that you take some time and review the information and related links on this page which we hope will give you greater understanding of the animal control officer’s duties as it relates to the community and local area.

The Port Jervis Animal Control Officer is an individual appointed by the Common Council of the City of Port Jervis, New York, to assist in the enforcement of the codes of the City of Port Jervis, New York and County and State law pertaining to animals.  Animal Control officers are currently authorized by State and City law to issue appearance tickets or serve a summons for violations involving Article 7 of the Agriculture and Markets Law, which relates to the licensing identification and control of dogs and enforce the provisions of Chapter 215 of the Port Jervis City Code.

Enforces local and state laws and ordinances concerning the care, use, treatment, selling, licensing and impounding of animals with the goal  of preserving the public peace and good order of the City of Port Jervis and to promote the public health, safety, and welfare of its people.

Specifically, Animal Control Officer(s) enforce regulations and restrictions on the activities of dogs, cats and other domestic animals that are consistent with the rights and privileges of animal owners and the Citizens of the City of Port Jervis.  Conducts investigations and inspections, issues appearance tickets and warnings, and reports daily activities.  Educates the public about relevant animal regulations and humane animal care and addresses nuisance animal problems.

2.     Apprehends and confines strays, injured, and nuisance domestic and wild animals in the most safe, humane, and approved manner possible.  Administered emergency first aid to injured animals, and euthanizes animals if necessary and permitted.  Transports animals to sheltering facility, prepares animals for rabies testing and disposes of dead animals.

3.    Educates the public while in the field regarding responsible pet ownership and animal laws and ordinances.

7.    Assists callers with information regarding situations such as nuisance or trapped animals and answers questions about animal control policies and laws.

8. One of the most important programs that the Animal Control Officer (ACO) partakes in is the Trap, Neuter and Release program that is ran in coordination with the Humane Society of Port Jervis/Deerpark.  The object of the program is to reduce the feral cat population. A feral cat is a cat that has escaped and gone wild or a cat that has never had association with humans. For further information, please contact the humane society at (845)856-3677 or visit www.alleycat.org.

NYS law requires that all dogs over the age of 4 months to have a rabies vaccination and be licensed in the jurisdiction where the dog is domiciled.

Relocation or Recondition?
A large majority of the complaints received from residents involve nuisance wildlife. We first need to define the word “nuisance.” The presence of wild animals on your property does not make them nuisance animals. When a wild animal causes significant damage to a property or structure we can then characterize that animal as a nuisance.Port Jervis is comprised of semi-rural areas. We have to be realistic here; if you live near a river or any body of water you have to expect waterfowl on your property. In many of our more rural areas you can expect deer, fox, raccoons, opossums, skunks, black bears and coyotes to be living among us. It is safe to assume that at any given time some of these animals may visit your property. Most people become alarmed when they see animals outside in the daytime that are known to be nocturnal. It is not uncommon to see raccoons and opossums out wandering during daylight hours, especially if they have babies to feed.

Tips for Dealing With Area Wildlife
There are steps that we can take to deter wildlife and protect our properties from potential damage. If you are having a dilemma with a wild animal we first need to identify what exactly is drawing that animal to your property, making it an easier to correct the problem. Most people want the problem animal removed and relocated, that is not the answer. Statistics have shown that more than 50% of relocated wildlife will not survive. They are released in an unfamiliar environment, they do not have an established shelter site or a reliable food source, they do not have territory to call their own. If after the animal has been relocated you do not take the steps to correct the initial situation the problem will continue to exist, as other wildlife will be drawn to the property.Often, it is not the homeowners that draw the wildlife in but the actions of neighbors. Leaving food out for pets, not securing garbage cans and purposely feeding wildlife (i.e., bird feeders) will draw unwanted wild guests. There are many homemade and store bought deterrents we can use to protect ourselves. Using appropriate galvanized wire fencing and netting material are economical ways of keeping wildlife out of vegetable and flower gardens. Planting chicken wire just under the surface of the ground will prevent wildlife from gaining access to your gardens.

Reconditioning Your Environment
Ideally, we want to recondition not relocate. Wild animals prefer warm, dark, quiet places where they can feel safe and protected, like your attic or under your shed. In order for deterrents to be effective we have to disrupt that feeling of “safety” forcing these animals to seek new shelter. As long as the animals feel safe and it’s relatively easy to do so, the behavior will continue. If it’s squirrels in your attic, then try keeping the lights on and playing a radio at a tolerable level for yourself but at the same time disrupting the safety of that animal.This technique normally doesn’t take more than a couple of days to work and of course, in order for this to be effective you would be repair any holes or deteriorating wood once your guests have left. There are deterrents for your yard and around your sheds. You can purchase predatory urines or use household ammonia to pour around your yard surface or structures. Pepper wax can be used on plants and shrubs. Mylar gift ribbons and motion-activated sprinklers work wonders for scaring curious critters away. Large plastic replicas of predatory animals like the owl will work, but in order for them to be effective they must be moved daily. The wild animals will become accustomed to the replica being there and will no longer fear the owl. Of course, one of the greatest deterrents is a dog. So why not adopt a homeless shelter dog today?The point is to change their environment with unexpected events and no longer provide the safety for which they seek. Take action to exclude wildlife if their presence is not welcomed. Relocating is not the answer and killing them is simply out of the question.